Luminary Air Group is your partner for aircraft insulation, interiors, seating, and program management. We are located at Accomack County Airport in Virginia.

Luminary Air Group is managed by a group of experienced aviation professionals: 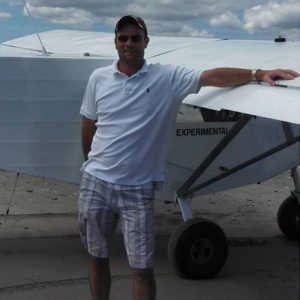 David Lumgair has over 20 years of experience in aviation, holds a commercial pilot instrument rating with single and multi-engine privileges, and is an active flight instructor with an instrument endorsement. He has over 7,000 flight hours, 31 certification programs and test flights in all types of fixed wing aircraft, civilian and military, from a two seat Savannah Experimental to a Boeing 777.

He entered the completion and MRO area of aviation at Wallops Test Flight Facility in Virginia while working for BaySys Technologies.  While in the completion industry, he began consulting in the aircraft certification and safety of operations field. That experience has led David into operations and certification roles at Flying D Solutions, Tempus Jets, ICG (International Communications Group), and Rockwell Collins. David has been a part of two startup part 21 facilities, one startup 145 facility, and has been accountable manager at four different MRO facilities.

David is a veteran of the United States Coast Guard, and served Virginia for 10 years as a Marine Police officer and pilot with the State Marine Resources Commission. 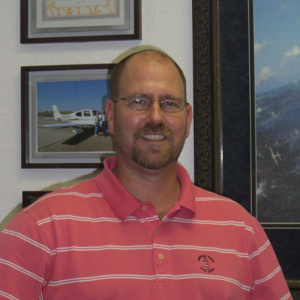 Derek has over 28 years of experience in the industry. He was exposed to commercial aviation all his life, as his father worked for and retired from Delta Airlines. During college, Derek worked at DFW International Airport in Texas fueling aircraft and became very familiar with commercial airline operations. He graduated with a Bachelor’s in Aerospace Engineering in 1990 and went to work for Chrysler Technologies (which became Raytheon, now part of L-3 Communications) initially as a Secondary Structures Lead. By the time he left in 1999 he was the Technical Director of the BBJ programs.

He then was employed by Jormac Aerospace in 1999 as the Engineering Projects Manager. Jormac started as a small company providing engineering services. During this time, Derek was also involved in doing an interior lining system for a VIP A340 aircraft for a client in the Kingdom of Bahrain. At the time of his departure in 2006, Jormac was not only providing engineering and technical support, but had become a premier manufacturer of liner systems for VIP aircraft.  It was in 2006 that Derek began working for Baysys Technologies, a completion center, as VP of Engineering and then becoming Senior Vice President and finally President. During this time Derek became a proficient and instrument rated pilot.

After three years in the completion center environment, Derek decided to return to his home area of Florida and build a design/engineering/consulting company using his unique inside knowledge of the internal workings of the maintenance and modification center and manufacturing operations not only in the US, but also worldwide. Now as Director of Engineering with Luminary Air Group, Derek brings his many years of experience with aircraft interiors and modifications to support a first class team of professionals and make Luminary Air Group successful for years to come. 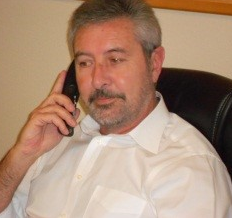 Colin Judge has over 40 years of experience in Engineering, Project Management and Product Development. Born and educated in England, he completed a Mechanical Engineering apprenticeship before spending over three decades in the aviation industry, beginning at Hawker Siddeley Aviation with aircraft production and continuing with various airlines until his move to the United States in 1982.

Prior to joining Luminary Air Group, Colin held positions of Managing Director at Aviation Alliance, an aircraft re-manufacturer, Executive Vice President of Flight Environments, Inc. an aircraft insulation company at which he spent 13 years developing and building one of the leading companies in the industry, providing the design, manufacture and installation of customized thermal & acoustic insulation systems on VIP aircraft.

Colin was also Completions Manager at The Jet Center in Van Nuys, CA, where for 16 years he was responsible for all phases of the custom completions of executive aircraft, specifically Gulfstream and Boeing Business Jets.

He has provided personal project management for VVIP aircraft for Head of State, Government and Fortune 500 companies in the U.S., New Zealand, Germany and Switzerland. Among his management achievements he has integrated G.E’s Six-Sigma Program for product and procedural improvement as well as introducing new product lines into existing companies. 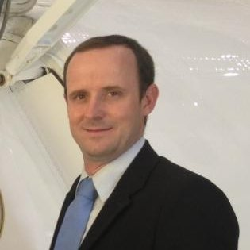 Christian started his career at PricewaterhouseCoopers in Charlotte, NC and Atlanta, GA. From there he moved on to Wachovia’s Financial Institutions Investment Banking group in New York, where he was involved in various Initial Public Offerings and M&A transactions.

After co-founding an aerospace startup in 2010 that was sold to a group of private investors, Christian served as the CFO of Flight Environments, Inc. from 2011 to 2013. There he lead cost cutting efforts and operational improvements that resulted in two of the most profitable years in the company’s history. After a brief stint at TransDigm Group Inc., a manufacturer of aircraft components, Christian returned to Flight Environments in early 2016 and was named Luminary’s Director of International Business shortly thereafter.